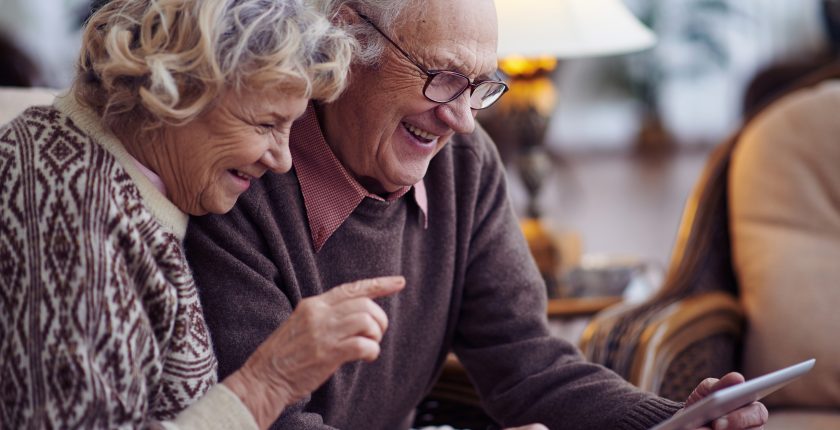 The second of our three Future focused events, Elders as Assets, again co-designed with speakers, encouraged a debate on the ageing population from a positive perspective, recognising the opportunities this change in demographics might bring, rather than looking negatively at the situation as one of a drain on services.

Delegates took part in a session which encouraged them to consider the best and worst future for older people.   The network will turn this, along with information from the other Futures events, into graphics in the new year. This information will also inform our work with Places, providing ideas on what we should be aiming for (Heaven) and what we should be trying to avoid (Hell).

Another key activity from the day was a );”>Knowledge Café Discussion. This was based around three key questions which saw an enthusiastic debate play out with some interesting views, common qualms and questions for the future.

Q1: Do we really believe that older people can be givers as well as receivers of support?

As one would expect, the definition of an older person arose in a number of discussions. We agreed that even though our idea of “old” gets older as we ourselves age, many people are fitter, healthier, more active much later in life than even 10 years ago.  The majority of 50-60 yr olds would not consider themselves old, but programmes for older people still target the “Over 50s”.

Another definition that was debated was that of ‘volunteer’.   It was recognised that there is a difference between a skilled volunteer (accountant, lawyer etc.) and a volunteer working in a shop.  What is crucial, delegates believed, was that age is irrelevant when it comes to volunteering; it enables people from across ages to come together.

The majority of delegates agreed that older people can receive as well as give support and care which led to an interesting debate about the semantics around volunteering and older people.  Not all older people see themselves as volunteers but instead as ‘helping’ or ‘contributing’ to the community. In other words, volunteers need to be better valued. This doesn’t necessarily confine itself to older volunteers but to all volunteers, how can we go about increasing the status of volunteers?

There was some challenge to the notion that the elderly ‘should’ be volunteering because ‘they have nothing else to do’. There was general agreement that older people shouldn’t be required to provide statutory services, they often have other responsibilities such as looking after grandchildren.   Even those who do not have other responsibilities should not be made to feel they have to volunteer, as they are entitled to retirement. Perhaps if elderly people do want to volunteer they need to be involved far more in the co-design of the volunteering they are involved with. People are inspired to take action when they are passionate about an issue and there needs to be more invested in inspiring and supporting people to contribute.

The importance of safeguarding the elderly was agreed to be paramount, however, no one was sure how this could be done whilst also engaging older people in community action and service delivery. It was argued that CRB/DBS checks don’t work as safeguards and that there needs to be therefore something else in place. One delegate highlighted that “too often we are working ‘for’ the elderly, rather than working ‘with’ them.” This theme sums up discussion around the room; elderly people are often spoken to/about as if they are incapable or as if they are children.

One key change that needs to be made is to realise and ensure that the elderly are seen as people who can give back. So often they are seen as a deficit on public services where as they can be seen as assets and contributors. There needs to be a focus on mutual support through the giving and receiving of skills.

Q2: How can we engage older people in service design and co-production?

There were a number of interesting debates held over the engagement of the elderly in co-design and co-production. Government initiatives such as the Better Government for Older people and English Forums on Ageing are aiming to do just this. However, the earlier point of working ‘for’, rather than ‘with’ needs to be reiterated; it’s not about simply asking a small section of the elderly population what they want, it’s about really working with them to find out what a cross section of them need. There are lots of ways to successfully engage people.  We need to seek out and share more about what works so that reinvention of successful approaches isn’t needed.

Whether the elderly can really have an impact on the design of services was a hotly debated topic. An example of the Sony Walkman was provided; research showed that older people wouldn’t necessarily enjoy having music in their ears, nevertheless the engineers believed in their design and pushed for it anyway. The rest is history as they say. If the elderly had been listened to, might there be no headphones now? This discussion linked well to a discussion around technology and the barriers experienced by older people in accessing and using new technologies.

Overall, the feeling was that older people should be involved in producing, designing and running all services, not just what they use but beyond too.   However some believed, from a political perspective, that engaging older people was not high on the agenda for those in power.  There was a feeling that Councillors are engaged with only a very specific section of the elderly community; they are interested in talking to the middle class academics etc. The truth is that all sectors of the elderly have a wide range of experience and knowledge which enables them to bring particular value to co-production.

Linked to question one, there was a feeling that the voluntary and community sector could be better mobilised to ensure that older people are involved. Based on the premise that older people can be givers of support, the sector could have a huge impact on the lives of the elderly – we need to trust them, value them and engage with them more.

Q3: What role can technology play in enabling older people to maintain and build relationships and connections?

There was a general consensus that the elderly community are more technologically savvy than they have been in the past, but a lot of older people are still very wary of using some new technologies, owing to a mistrust in it but also a wish to hold on to a human factor. A key theme that came across from all delegates was that technology will not solve all the problems around engagement.  Delegates agreed that it was crucial to remember digital technology is an effective enabler of engagement, learning and connectivity, but should supplement and not substitute real human connections.

One particular group discussed the fact that technology designed by young academics isn’t the best way forward; they often design innovative, creative solutions to problems they perceive themselves, rather than actual problems that the elderly have. However, the general agreement was that technology can be used in a sensible way, for example to alert family members to the movements (or lack of movement) of an older person inside the house.

The distinction between those who have grown up with the internet and those who have not was discussed; those who did not grow up around digital technologies often lack the skills and confidence to reap the benefits of ongoing developments. There is therefore a need for ongoing, informal support to use digital technology. This should be part of lifelong learning opportunities, available particularly when moving from one life stage to another, e.g. from school to work, work to retirement. The support given to the elderly should be offered as part of a mutually beneficial, reciprocal relationship which aims to develop interdependency, not dependency. This links nicely to the discussion on volunteering; if an older person is helped with digital skills, they may in return provide their own skills to someone.

PSTA to host a local conversations/global dialogue Government Aftershock day on November 17 2020, in partnership with the OECD Observatory of Public Sector Innovation
News ,
social care institute for excellence webinar – 14 August 2020, co-production and communities – how to make it real for commissioners
PSTA ,
GO Lab and Collaborate – seven principles for a new approach to learning and accountability
News ,
Search
This website uses cookies to improve your experience. We'll assume you're ok with this, but you can opt-out if you wish. Accept Settings
Cookies Policy