Social and solidarity economics in Barcelona 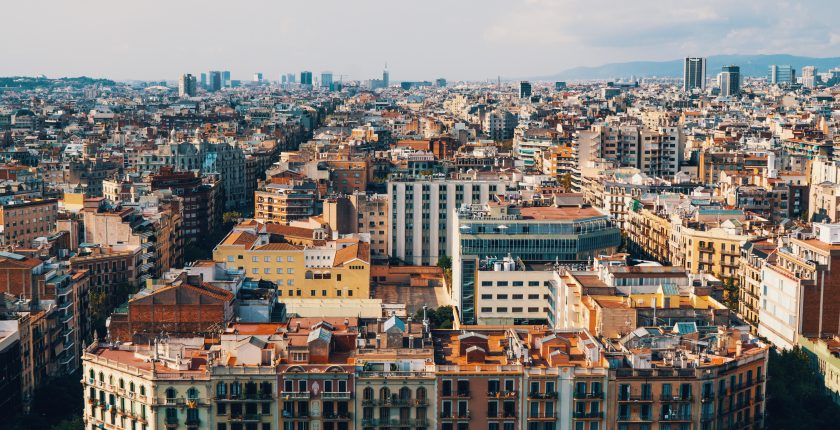 Over at the E3M blog, an unnamed author shares some knowledge and insights from a trip to Barcelona, where the recent election of a radical mayor has catalysed what they’re calling “the social and solidarity economy” (SSE). First, a bit of background, in case you’re not up to date with recent goings-on in Catalonia — a region which avid readers of Orwell will know to have a history of radical politics:

In 2015 Barcelona elected a radical Mayor with a background in grassroots activism, Ada Colau, and for the last four years the city administration has been promoting what it refers to as the social and solidarity economy (SSE). This includes a range of empowering business and organisational models (including co-operatives, social enterprises and non-profit organisations), which make a difference to the lives of some of the city’s more marginalised communities.

Over the past three years the city has invested around €13 million in its efforts to promote and grow the social and solidarity economy. This has been based on a strategy (the Impetus Plan) which aims to consolidate the existing social economy enterprises and promote and support new initiatives.

The size of the SSE is impressive, with 1,197 employee-owned businesses, 861 co-operatives, 260 community-economic initiatives and 2,400 other third sector organisations. It is estimated that the sector generates around 8% of all employment in Barcelona, with over 53,000 full-time employees, and produces an economic turnover of €3,750 million, over 7% of the city’s GDP.

The council stresses that their approach is one of facilitation – they don’t create the SSE but can help it develop. In doing this, the Council works closely with a variety of organisations in the sector. This includes the Catalan Federation of Worker Co-operatives and Coopilis, a co-operative led initiative that provides advice and help to groups of people that want to start a co-op (it has support from the Regional Government as well as Barcelona City). The council also works with two co-operative financial institutions: Co-op57, a financial services co-op, and the Fiare Banca Etica, a co-operative bank.

That’s all great news, though it’s definitely worth noting the afore-mentioned history of Catalan radicalism, which means there were strong, established co-ops for the council to partner with — this is not the case in many UK cities, though Liverpool (for example) is still well supplied with co-ops and residual radicalism alike. It also bears noting that Barcelona is a big city that makes a great deal of money from tourism — though the impacts of said tourism have arguably contributed to popular enthusiasm for redistributive and citizen-focussed policy interventions.

But none of those factors negate the core message of this story, namely that strong support and nurturing from local government can encourage forms of economic growth that improve the situation for citizens rather than predating upon them. It’s tempting to say “it can’t happen here” — but perhaps that temptation is itself the biggest obstacle to change.

The States of Change Learning Festival, 1-19 June
News ,
E3M convention report – Growing the New Economy
News ,
Radical innovation for places – Can COVID-19 projects become a Catapult?
PSTA ,
Search
This website uses cookies to improve your experience. We'll assume you're ok with this, but you can opt-out if you wish. Accept Settings
Cookies Policy