The impact of a no deal Brexit on health and care 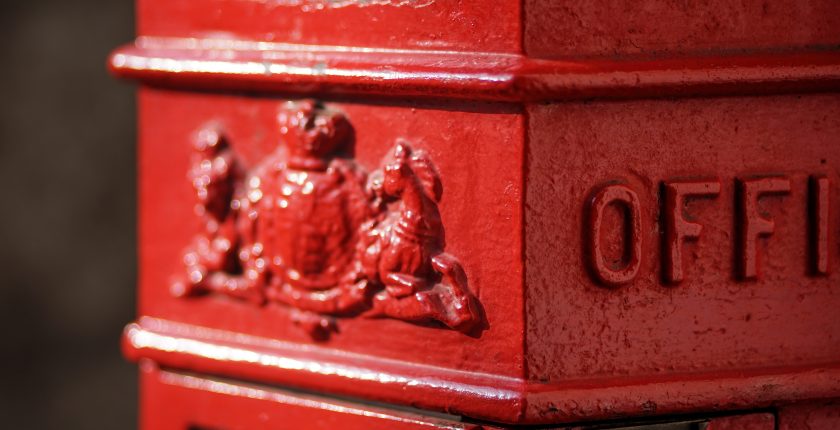 In an open letter to MPs, The King’s Fund, the Health Foundation and Nuffield Trust, summarise the four major areas where the impact of a no deal Brexit could be felt most sharply in health and care.

With the increasing possibility of the United Kingdom leaving the European Union without a deal, we are writing to you to outline the implications of this for health and care services.

As the government launches its public campaign to prepare for a no deal Brexit and MPs return from recess with a short window to discuss the United Kingdom’s exit from the European Union, we hope this letter helps to inform the important decisions that will be made in the coming days and weeks.

The focus of our three independent organisations is to research and understand key issues affecting health and social care. Our conclusion based on our own and other objective evidence is that a no deal Brexit could cause significant harm to these services and the people who rely on them. In this letter, we summarise four major areas where the impact could be felt most sharply. There is a very real risk that leaving the European Union without an agreement could exacerbate the workforce crisis in health and care, drive up demand for already hard-pressed services, hinder the supply of medicines and other vital supplies, and stretch the public finances which pay for healthcare.

1. A risk of intensifying the staffing crisis
The NHS has serious workforce shortages, with nearly 100,000 vacancies in English NHS trusts and a further 110,000 in social care. With 116,000 EU nationals working in health care and 104,000 in social care, even a small trend towards European migrants leaving the United Kingdom due to a fall in the pound or uncertainty around being granted settled status will worsen this situation. The lack of clarity about the deadline for settled status applications, and the very large proportion of EU nationals yet to apply, are a concern. A British Medical Association survey of doctors from the European Union has found nearly a third would consider leaving the country.

Our calculations show that the NHS needs an additional 5,000 internationally recruited nurses each year to stop the situation worsening: a migration system which impeded this would have serious implications even if current staff could all be persuaded to stay. The situation in social care could be even more serious. Ninety per cent of staff would not qualify for a permanent work visa under immigration reforms put forward by the last government, as they earn less than the proposed £30,000 salary threshold. The risk is magnified because many of the small and medium sized businesses which make up the majority of the sector are already in a perilous financial state.

2. Shortages and price rises for vital supplies
Despite plans for stockpiling and creating new supply routes, the large amount of new paperwork and regulatory hurdles that a no deal Brexit would create for imports is likely to increase shortages of medicines and medical devices. Although it is difficult to judge the magnitude of the problem, the leaked Operation Yellowhammer document emphasised the vulnerability of supply chains in the sector.

We can be certain that these additional burdens will mean companies face higher costs to get their products into the UK – costs that will ultimately be passed on to the NHS. Nuffield Trust analysis estimates these would total around £2.3 billion per year across the UK. This money will have to come out of other services and supplies that patients use, unless the overall budget increases. In the short term, higher costs would risk shortages of generic medicines even if supply chains remain unbroken, as the National Audit Office reported happened in relation to price pressures in 2017.

3. The need to care for returning emigrants
A no deal Brexit will mean UK emigrants to the European Union do not have guaranteed rights, and they may have to return to the United Kingdom to live and receive treatment if they become ill. Around 200,000 people using the special EU scheme that guarantees health care rights to retirees abroad would face losing that protection. It is unclear how many of the roughly 800,000 other UK nationals in Europe might also be unable to access or afford care. While we would have a duty to help these individuals, it would add considerably to the already high demand pressures on the NHS and social care.

4. Funding shortfalls at a time when health and care need it most
Although an extra £20.5 billion has been pledged to the day-to-day budget of the NHS in England, this does not cover other areas of spending such as investment in buildings, equipment and staff training budgets, which have been reduced in recent years. Creating real improvements for patients will also require repairs and upgrades to buildings and equipment, increased public health funding, and a stable social care system. In particular, analysis by the Health Foundation estimates that £1.0 billion extra in 2020/21 and £2.1 billion in 2021/22 are needed just to stabilise the adult social care system.

Yet the Office for Budget Responsibility’s assessment is that the United Kingdom’s public finances would be around £30 billion worse off each year in a no deal scenario of medium disruptiveness. This sum is more than the total spent on adult social care plus investment in NHS buildings and equipment across the whole of the United Kingdom in 2017/18.

Health and care services are already struggling to meet rising demand for services and maintain standards of care, not least in advance of an expected difficult winter. The potential consequences of a no deal Brexit could significantly impede services’ ability to meet the needs of the individual patients and service users who rely on them.

We hope that you find this summary, and links to the relevant analyses, helpful.

We and our colleagues would of course be happy to discuss these issues with you at any time.

Necessary Cookies Always Enabled
These cookies are necessary.
Others
Other uncategorized cookies are those that are being analyzed and have not been classified into a category as yet.
Advertisement
Advertisement cookies are used to provide visitors with relevant ads and marketing campaigns. These cookies track visitors across websites and collect information to provide customized ads.
Analytics
Analytical cookies are used to understand how visitors interact with the website. These cookies help provide information on metrics the number of visitors, bounce rate, traffic source, etc.
Functional
Functional cookies help to perform certain functionalities like sharing the content of the website on social media platforms, collect feedbacks, and other third-party features.
Performance
Performance cookies are used to understand and analyze the key performance indexes of the website which helps in delivering a better user experience for the visitors.
Save & Accept